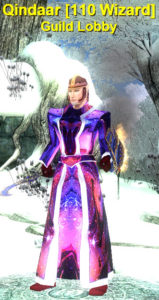 – A mysterious presence will only sell McKenzie’s Brew’s when Veil of Alaris is unlocked.
– You may now only gain one Collection Dispener items from the Overseer system. Also, there are some rewards that only offer a chance at gaining a collection item. The chance is in the name. The rewards that only give a chance offer an amount of Overseer Tetradrachm to make up for the fact that it’s only a chance to gain a collection item.
– Overseer Tetradrachms are no longer trade-able. They are still heirloom.
– Overseer rewards of Tradeskill items and Collectibles unlock one expansion behind. I.E. The Burning Lands collectibles are available when Torment of Velious unlocks, the Torment of Velious crafting supplies are unavailable until the next expansion unlocks.
– Increased the price on most items sold for Overseer Tetradrachm.
– You must be a gold member to choose the collection dispensers, ornament dispensers, or tradeskill items from the overseer rewards. Overseer rewards and other rewards are available to all membership levels.
– Added all races and classes to the Common Agent Catalyst.

– Updated the calendar event text and alert text to more correctly describe this year’s anniversary events.
– Tower of Frozen Shadow raid events – Made the following changes:
– – Heart of Frozen Shadow – Fixed a bug that caused the ‘It’s a No Slow from Me, Dog’ achievement to always be granted. For real this time.
– – Heart of Frozen Shadow – Fixed a bug that caused many spells to fail to land on drolvarg NPCs and displayed a message that you had failed an achievement when spells did land on them.
– – Tserrina Syl`Tor – Fixed a bug that prevented one of Tserrina’s mechanics from working in her final phase. For real this time.
– – Tserrina Syl`Tor – Moved the key from Tserrina to the reward chest.
– Fixed issues with Discuit’s dialogues that allowed players to skip parts of his quest.

*** Miscellaneous ***
– Corrected an issue preventing some players from receiving the tutorial Overseer Agent if they had received any Agents prior to opening the Overseer window for the first time.
– Modified the success and fail chances of Overseer quests to succeed more often.
– Fixed a timing issue that could cause dates measured across Daylight Savings Time changes to be off by one.

*** UI ***
– Modified the default width of the Overseer window so that you can select agents on smaller screens.