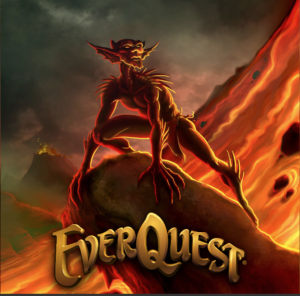 – Made several improvements to achievement processing to improve zone latency.
– The Darkened Sea expansion bundles will be available from August 17 through August 30.
– Increased the default number of available Extended Target Window slots to 20, and removed the alternate ability requirement.

– Made Eye of Yar`Lir and Eye of Vishimtar quest items.
– 10th Anniversary Firework Focus items have had a typo corrected in their lore text.

– Failing a combine due to insufficient skill will now also display the minimum required skill.

– Miragul’s Reanimation Formula will now drop from appropriate level 60 Lost Dungeons of Norrath adventures.
– Updated a dialog trigger on Baenar Swiftsong to make it easier to experience the rest of the story they give.
– A Journey Home (Raid): Charm and fear will be removed from players before the chest spawns to prevent an effect on a charmed player killing the chest.
– Removed respawn of NPCs from many mission and raid zones.

– Reduced the level of the Planes of Power imbue spells by five levels.
– Updated Outrider’s and Blackguard’s Synergy to work properly with the appropriate skills.
– Spell damage applied to an NPC target, without a caster, will now use the correct damage reporting channel instead of say.
– Added messaging to the Heals (You) and Heals (Others) channels when a debuff with counters is cured.
– Fixed a bug that caused some bolt and area effect spells to display a small bag.

– Shadow Valley – A remnant of shade can now be tracked.

– The button to retire a selected Agent will now be disabled for Agents that cannot be retired.

– Updated the required level of Vaniki’s Challenge: Defeat Defense of the City.
– The tutorial will now allow level 6 to 14 players to zone into it on Vaniki.
– Removed the AFK kick from Vaniki.
– The level 60 progression reward has been changed to the Visage of Vaniki. You should receive this reward even if you received the other. We will not be reclaiming the other reward. Enjoy!
– Moved the availability of the Heroic Character quests to when Call of the Forsaken opens instead of when part 2 opens.

– Increased the max number of items that can be sold in one barter transaction from 20 to 100.
– – Holding shift while selling to a buyer will now work if you have less of the item to sell than the transaction cap.
– When you fail to cast a spell that requires out of combat, your timer will be updated.
– Improved the way that achievements are processed in order to reduce zone latency.

– Corrected an issue where your Heroic Character count would not update correctly at the character select screen.
– Increased the default number of available Extended Target Window slots to 20, and removed the alternate ability requirement.
– Added chat messages when cancelling or completing a trade.
– Updated trade chat messaging to include the quantity of items or coin offered. These messages will now display for both the sender and recipient using the System Messages chat filter.
– The aggro meter is now available when players reach level 20 instead of when Rain of Fear launches.
– The Randomize Loading Music setting should now work properly when unchecked.
– When a selected quest advances to a step involving a different zone, the quest journal will now keep the same quest selected.